Ratings among male demos up between 6% and 10% 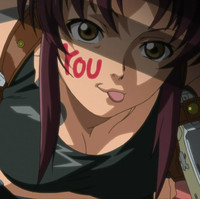 The basic cable numbers are out for second quarter 2014, and the anime highlight is that Saturday Night’s Toonami block (11:30 p.m.-3:30 a.m.) increased all targeted male demos across the quarter, ranging between 6% and 10% according to TV By the Numbers.

In June, Adult Swim programming accounted for 19 of the top 50 telecasts on basic cable for the month among adults 18-34, more than any other network.

via TV By the Numbers