"The Tale of the Seven Night Ghostly Curse" is up next 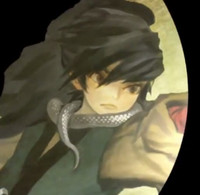 Last month Marvelous reassured everyone that the third and fourth DLC episodes for Muramasa Rebirth were still on the way, and now it looks like we're a little closer to playing them. The third chapter in the Genroku Legends series, titled "The Tale of the Seven Night Ghostly Curse," is set to debut in Japan on July 10.

This one follows runaway ninja Arashimaru, who gets hit with a life-threatening curse as divine punishment for destroying an ancient shrine's holy mirror. Now he's stuck facing off against waves of assassins, and you can preview some of his ghastly situation in the trailer below.