VIDEO: "Under Night In-Birth Exe:Late" Busts Out a Debut Trailer 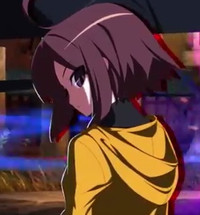 French-Bread and Ecole Software's Under Night In-Birth Exe:Late fighter is coming to PlayStation 3 in Japan on July 25, and publisher Arc System Works is here with a debut trailer. See a preview of some of the modes and characters in the video below.

A North American release is set to follow in 2015.

REVIEW: NEO: The World Ends With You Brings the Beat Back to Shibuya