Rather than hug pillows, these guys will be punching back covers 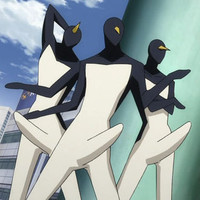 Japan's character goods crowdfunding site Cross Crowdfunding has launched a campaign to support the creation of covers based on Daimidaler the Sound Robot's Penguin Empire. Actually, rather than hug pillows, these guys will be punching back covers.

With two months to go, 10% of the 216,000yen funding goal has been reached. They go for 10,800yen. A durable, flexible material, that'll support being whacked around is promised.

Tags
daimidaler
« Previous Post
How Much Does a Comiket Doujinshi Catalog Weigh?
Next Post »
Win A Free Round Trip Ticket To Japan At May'n's Concert In San Francisco!
Other Top News
98 Comments
Sort by: