Games coming to North America and Europe in the coming months 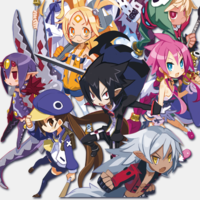 NIS America has posted new, second English trailers for NAtURAL DOCtRINE, a "hardcore strategy" game coming this fall for PlayStation 3, PlayStation 4, and Disgaea4: A Promise Revisited PS Vita and a strategy RPG coming to North America on August 18th and Europe on the 29th.

Seasoned explorers and novices alike venture underground into dangerous caves to collect the coveted material known as Pluton. During your first trip down into the depths of one of these mines, you and your new explorer friends quickly realize that things may be more dire than you had imagined as you encounter a brand-new type of evil lurking below the surface. You and your newfound friends must strategically defeat these new difficult foes and warn the kingdom of their presence before it's too late.

The original game had a cast and story that was widely praised as one of the best in the series, and this PlayStation®Vita version offers players a chance to relive that adventure on the go, and with brand-new content! Disgaea 4: A Promise Revisited comes packed with in-depth gameplay, everlasting value, and the great sense of humor you've come to love. The graphics engine truly brings Takehito Harada's characters to life with fluid animations and high definition details. Create your own political party and take advantage of a slew of new battle and strategic features expanding upon the already staggering replay value. Grab your PS Vita and stop the Corrupternment's evil doings with the power of...sardines?