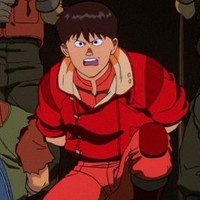 Happy 26th anniversary to Akira! While the manga debuted in December of 1982, the seminal sci-fi anime movie premiered July 16, 1988. What more incendiary way to celebrate than to bring up plans for a Hollywood adaptation?

Deadline is reporting that Dante Harper, the uncredited writer on the the first draft of the movie adapting Hiroshi Sakurazaka's All You Need is Kill into what ultimately became  dge Of Tomorrow, is currently working with Warner Bros, Appian Way, Mad Chance and director Jaume Collet-Serra on Akira.

Harper also recently did a draft on The Last Witch Hunter for Lionsgate and is rewriting The Secret of Temple, a based on a true story project about a $20 billion treasure hidden under an Indian temple.

To Download Sonya's original arrangement of Akira, go to: