Reactions mixed when it comes to the classic TV show, Michael Bay gets dissed 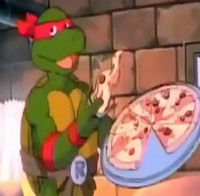 If you grew up with something it's almost always going to be better than whatever it went on to become as the years went on. The Teenage Mutant Ninja Turtles are a great example of this, but it's easy to forget that kids sometimes just see the weird old things some of us loved as, well, some weird old things.

TMNT has gone through a lot of changes over the years, most recently with the upcoming Michael Bay-produced movie. If you ever wondered how today's kids would react to the '80s/'90s cartoon based on Kevin Eastman and Peter Laird's original comic, look no further than the video below.