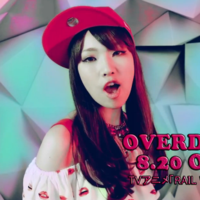 Following the OP song "Mukai Kaze ni Utarenagara" (Beating by the headwind) by Minori Chihara, Lantis has posted a short version promotional video for 26-year-old singer-songwriter ZAQ's 6th single "OVERDRIVER," which is now featured as the ED song for a summer 2014 TV anime Rail Wars!. You can check some photos from the PV shooting on her blog's July 4th post. According to her, the silver costume in the third photo was made of origami paper. The CD single "OVERDRIVER" will be released in Japan on August 20.