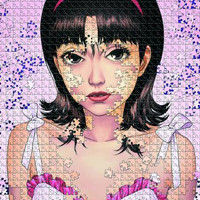 As we come up on the fourth anniversary of the passing of Satoshi Kon, Tony Zhou has put together a video essay exploring the unique approach of the director whose works like Perfect Blue, Millennium Actress, Tokyo Godfathers, Paranoia Agent and Paprika explored how we process the world and maturely spoke to a wide range of audiences.

Four years after his passing, we still haven't quite caught up to Satoshi Kon, one of the great visionaries of modern film. In just four features and one TV series, he developed a unique style of editing that distorted and warped space and time. Join me in honoring the greatest Japanese animator not named Miyazaki.

For educational purposes only. You can follow me at twitter.com/tonyszhou