560 billion yen loss estimated in the past year in China 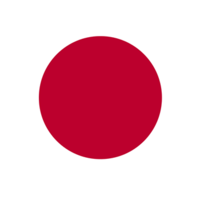 In cooperation with 15 major anime production companies and manga publishers, the Japanese government will next month start a huge extermination operation against 580 foreign sites which have illegally uploaded anime and manga contents on the web without the copyright holders' permission, NHK reported on July 28. While the government has started supporting the genre as one of their important cultural exports, there appears to be no end of illegal uploading of anime and manga via pirate sites, mainly operated by Chinese. The Cultural Affairs Agency estimates the loss caused by the Chinese pirate sites last year was amounted to at least 560 billion yen (about US$ 5.5 billion).

On August 1, the government will start simultaneously sending requests to delete illegal anime and manga contents to the operators of the 580 foreign pirate sites which they have found. In addition, the operation will launch a new site to guide the fans to a legitimate site offering some 250 titles including

the latest ones at a cost of several hundred yen.