Artist on "Bakuman.," "All You Need is Kill," and more to participate in panels, autographs 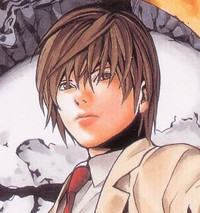 The latest addition to this year's New York Comic Con is a big one, with Death Note artist Takeshi Obata joining in on panels and autograph sessions on Thursday and Friday during the convention. Obata will be appearing at the con with the support of Viz Media and the Japan Foundation.

In addition to drawing Death Note alongside the writing of his frequent collaborator Tsugumi Ohba, Obata is also known for his work on Hikaru no Go, Bakuman., and most recently the manga adaptation of All You Need is Kill.

New York Comic Con will be held October 9-12 at the Javits Center in New York City, and Obata's autographing and panels are set to take place on October 9 and 10. The artist will also participate in a special signing outside the Javits Center as part of NYCC's Super Week, with more information on events to be revealed in the coming weeks.