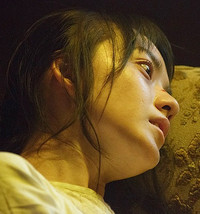 Early last month we got a look at the official international teaser trailer for Zero, the live-action Fatal Frame film coming from Kadokawa Pictures and director Mari Asato (Ju-On: Black Ghost, Ring of Curse). With the film set to open in Japanese theaters next month, the official website has been updated with a new full trailer.

Zero follows Aya Tsukimori, a high school student who gets cursed just before a wave of student drownings plague her town. The film opens in Japan on September 26.