Junko Watanabe crossplays as Jake, who is voiced by Romi Park in Japan 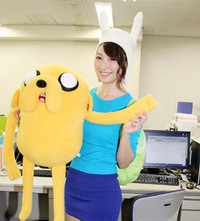 A three volume DVD set of Adventure Time is set to be released in Japan on August 8th, and to promote it, Junko Watanabe has been appointed the the series' mini-skirted ambassador. While the series does featured a gender-swapped version of its hero, in this case, Ms Watanabe is explicitly crossplaying as Finn, who is voiced by Romi Park (Full Metal Alchemist's Ed, Kill La Kill's Ragyo, Attack on Titan's Hange) in the Japanese dub. 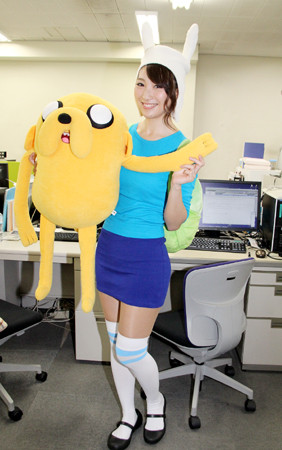 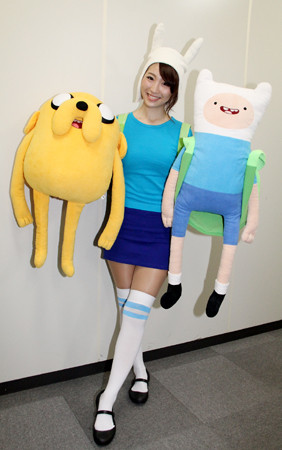 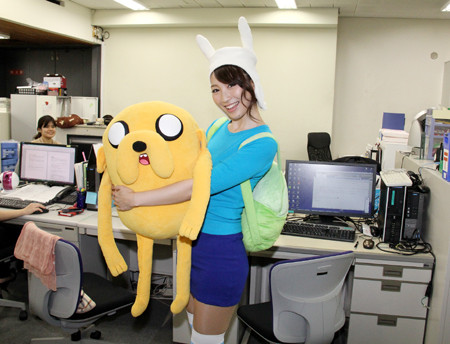 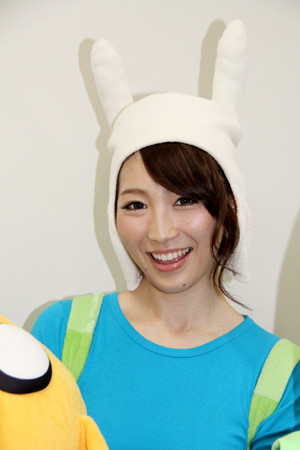 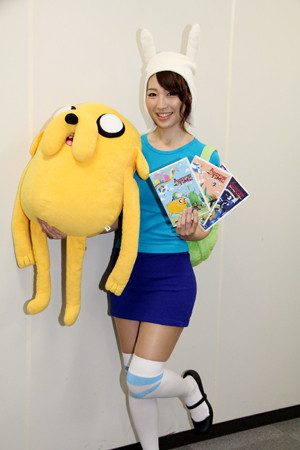