VIDEO: Cancelled 16-Bit "Akira" Game Might Be Better Off Buried

Clip from CES video shows some of what THQ had cooking 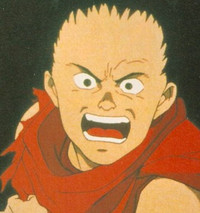 Katsuhiro Otomo's Akira doesn't have the best history with video game adaptations. What little love it's gotten on the interactive front has mostly been forgettable, from the visual novel/adventure game on Nintendo Famicom to the Amiga/CD32 action game and 2002's Akira Psycho Ball pinball game. There was also a game in the works for Super Nintendo, Game Boy, Sega Genesis, Sega CD, and Game Gear and, if footage from an old CES show is any indication, its cancellation wasn't too big of a loss.

Akira was in the works at THQ in 1993, and a cover feature even made it to the pages of Game Zone magazine at the time. Hardcore Gaming interviewed Jim Gregory, one of the folks in charge of the SNES version, back in 2012, and you can see a tiny bit of the game as shown at the 1994 summer CES show in Chicago below.

Wait a minute, I want to see more of the guy in the Aero the Acrobat costume at the end of the clip!

The CES Show footage was originally posted back in December, so this isn't wild, just-unearthed news or anything, but it's interesting to see what could have been for another licensed Akira game.