Marvelous sets the PS Vita game for this summer in Japan 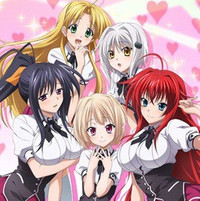 Last week a free-to-play High School DxD game was announced for PS Vita in Japan. Supported by micro-transactions, High School DxD: New Fight is a harem RPG with an original story by series author Ichiei Ishibumi, and over 50 characters will make an appearance.