"Wake Up, Girls!" add their voices to promo movie 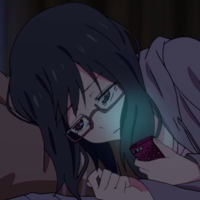 This week, DeNA, a Tokyo-based company which owns one of the most popular cell phone gaming platforms, Mobage, is launching promotion for new girl-focused game "Hacka Doll." As part of this, Kill La Kill studio Trigger has animated a promo movie with the voices of Shino Reimi  and Wake Up Girls! Miyu Takagi, Kaya Okuno, and Nanami Yamashita.