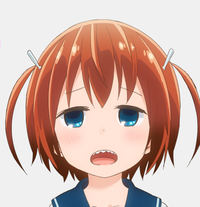 A new, complete cast visual has been posted for Denkigai no Honya-san, the fall anime adaptation of Asato Mizu's manga about everyday life of the seven clerks who work at "Books Umanohone," which sells doujinshi and adult books in addition to typical manga. 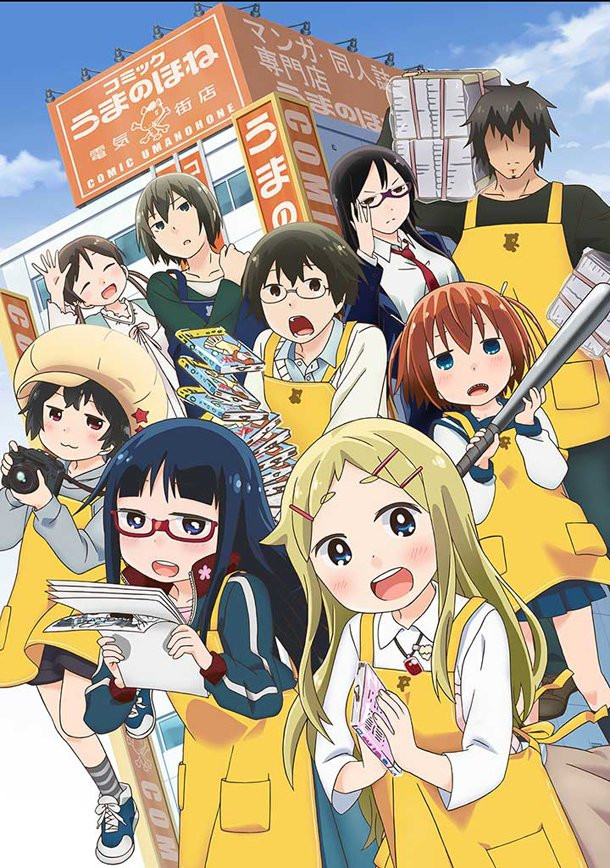 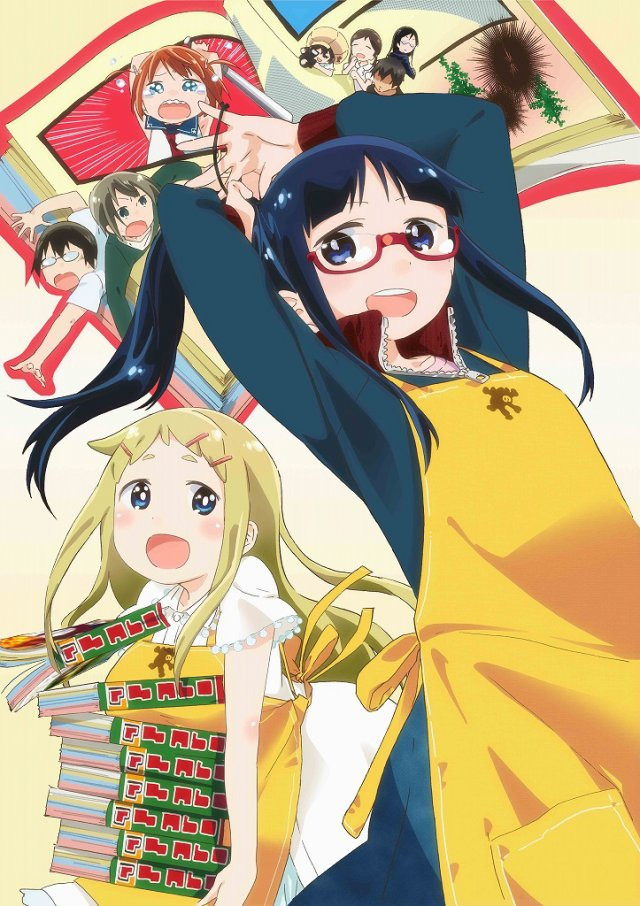 Cast from a 2013 drama CD reprise their roles, minus Mako as Fu (Rotten)-girl and Tomokazu Sugita as Sommelier. 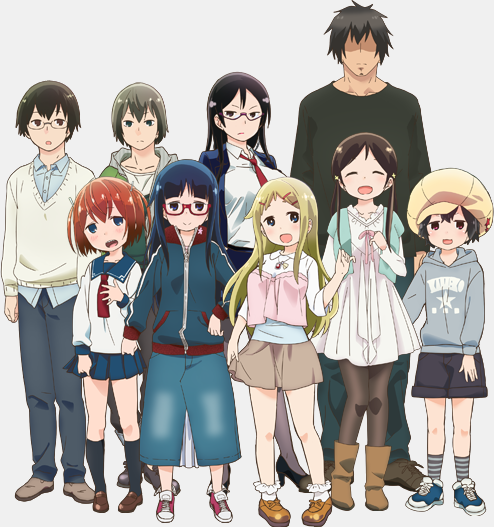 25-year-old voice actress Ayana Taketatsu's 6th solo single will be featured as the OP theme for the anime. The CD single will go on sale in Japan on October 15.

The ED song will be performed by a newly-formed voice actress unit denk!girls. The four members of the units are: Natsumi Takamori (Hiotan), Minami Tsuda (Sensei), Ayana Taketatsu (Fu Girl), and Mai Aizawa (Kameko). The CD single will be released on October 29.