Collaboration between Pokémon Company and Bandai Namco set for 2015 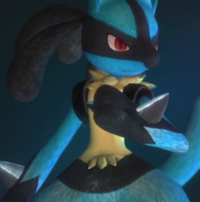 This morning The Pokémon Company and Bandai Namco Games announced a collaboration that will bring Pokkén Tournament to arcades in Japan. Now you can get a better look at some of the in-progress footage for an idea of how the Pokémon meets Tekken action will play.

Pokkén Tournament is due out in Japanese arcades next year. Console plans have yet to be announced.