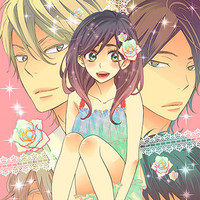 Crunchyroll Manga has launched the recently announced additions of  Kei Kusunoki's The Legend of Onikirimaru and Miyahara Ruri's Bokura wa Minna Kawaisou to its digital service, and accompanied these by the announcement of a number of new manga and manga 2.5 titles, one of which you can help localize. 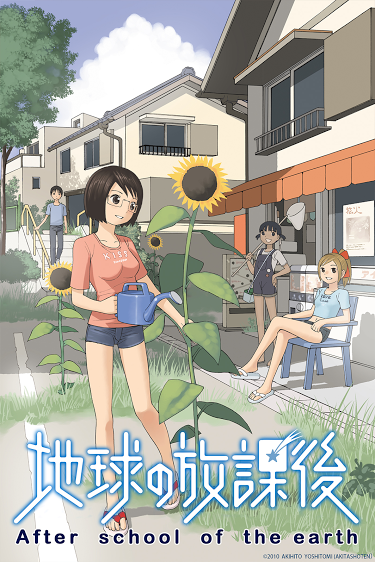 Manga 2.5 title After School of the Earth will be available to all Crunchyroll users WORLDWIDE excluding Japan.

Humans have been erased by mysterious life forms called “Phantoms”, only one boy and three girls, Masashi, Sanae, Yaeko, and Anna are left on Earth. Masashi believes that it's like after school so that the people who vanished will surely come back. Although there are full of anxiety and mystery around them, they spend every day rather happily not so sadly without inconvenience to food, clothing and shelter, enjoy the life of only four on Earth! 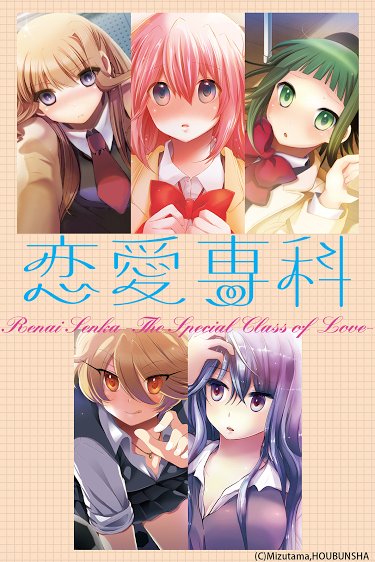 Manga 2.5 title Renai Senka -The Special Class of Love- which will be available to all Crunchyroll users WORLDWIDE excluding Japan at the same time, 8/31 @ 7pm pst

Nobuta Yabuta is a beginning teacher appointed to the prestigious girls' high school Sakura Gakuen, but in fact, he is a women phobia. There are five girls who are supposed to become first-class ladies in his classroom. It is called "love specialized course" or "Renai Senka". The mission for the girls in order to graduate is just one thing; to be kissed by the homeroom teacher. They tempt Yabuta in every possible means so that they win a kiss from him... 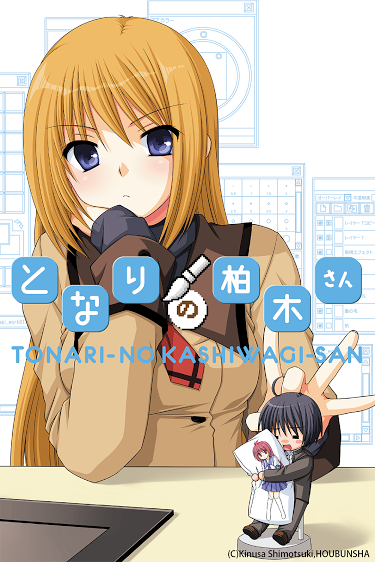 The third of the new Manga 2.5 titles is Tonari-no Kashiwagi-san which will be available for all Crunchyroll users WORLDWIDE excluding Japan at the same time as the other two.

Yuto Sakuraba is a high school boy who enjoys his geek (Otaku) life, loving manga, anime and so on. He is hooked on illustration by Sayane on an SNS recently. Although he only likes such two-dimensional girls, he becomes interested in the three-dimensional, real girl for the first time. The girl is Kotone Kashiwagi, so beautiful classmate sitting next to him. She seems to hate Otaku, but in fact, she has some secrets… 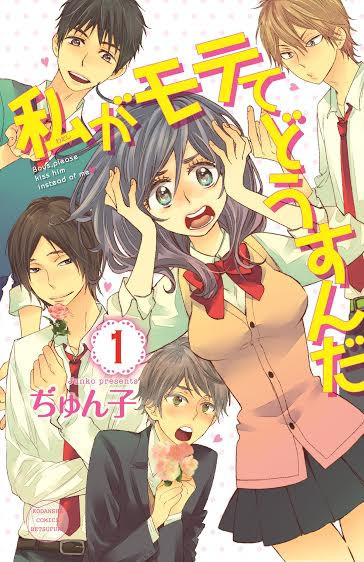 Crunchyroll Manga explains what's special about this one

I AM SUPER EXCITED FOR THIS ONE, because Crunchyroll users get to create the English title and it'll be hand picked by Kodansha! That's right, guys! I'll be posting more details along with the contest AND first chapter of the manga on 9/3 @ 5pm PST with the remainder of the catalog and next simul-pub coming to Crunchyroll 9/18 @ 5pm PST!

Kae Serinuma is what you'd call a "fujoshi." When she sees boys getting along with each other, she loves to indulge in wild fantasies! One day her favorite anime character dies and the shock causes her to lose a ton of weight. Then four hot guys at school ask her out, but that isn't exciting to her at all — she'd rather see them date each other!

Also, remember that there's an announcement coming up for this series in its Japanese home magazine.