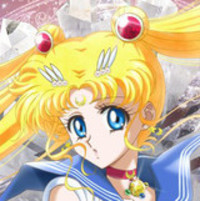 Sailor Moon Crystal will be released in 13 two-episode volumes shipping monthly, with the limited editions starting in October and the standard DVD and Blu-ray starting in November. In addition to special packaging and booklets, the limited editions include special strap charms, and a complete set is housed in a music box that plays “Moon Pride,” arranged by Akiko Kosaka. Jacket art for the first has now been revealed. 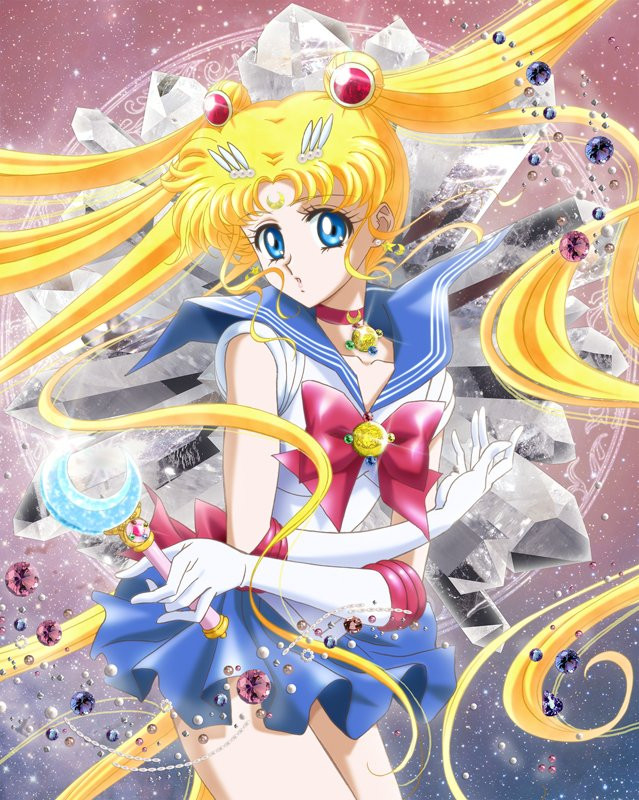 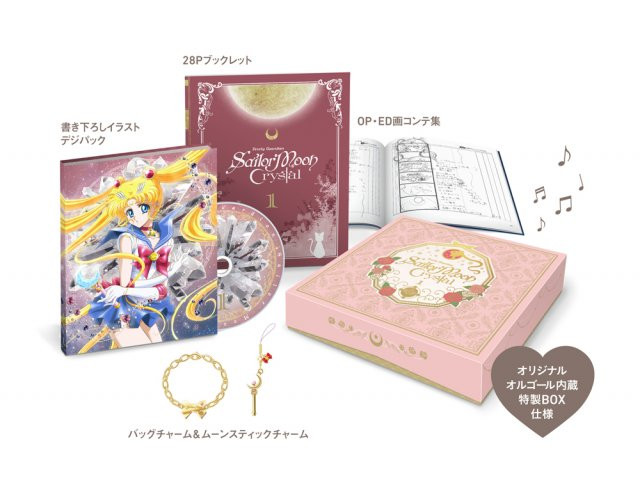 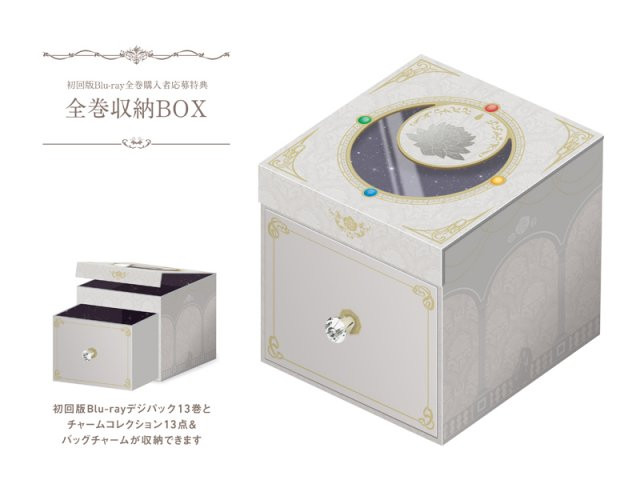 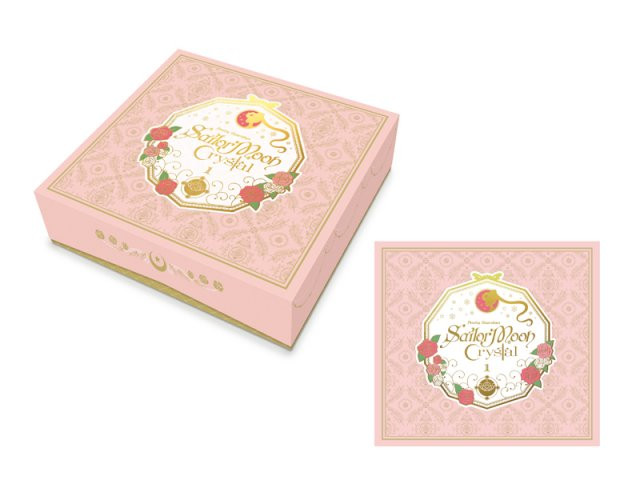 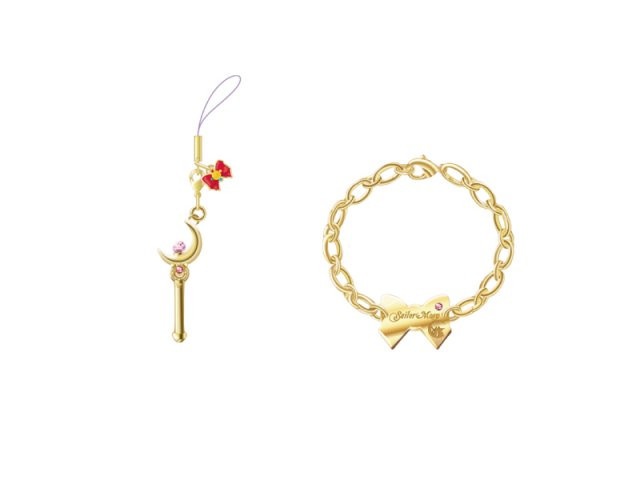