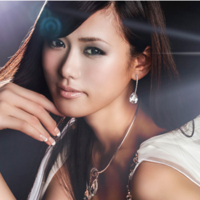 Lantis has posted a 90-second short promotional video for TRUE's "Hajimari no Tsubasa" (The Wings of the Beginning), the theme song for the two-part OVA Suisei no Gargantia -Meguru Kouro, Haruka-, with a trial listening video for her "TWIN BIRD," an insert song for Buddy Complex: Final Chapter. Following the 1st single "UNISONIA," which was used as the OP theme for the Buddy Complex TV series, her 2nd single as an anison singer TRUE "Hajimari no Tsubasa/TWIN BIRD" hits Japanese stores on stores October 8.

The first part of Suisei no Gargantia -Meguru Kouro, Haruka- gets a limited theatrical run on 10 screens across Japan on September 27. The public release day of the Blu-ray of the first part is November 21, then the second part will be released on May 27, 2015. The two-part Buddy Complex: Final Chapter will

premiere in Japan on September 29, then its Blu-ray disc will be released on November 21.