Episodic sequel kicks off in early 2015 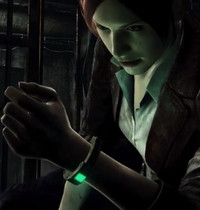 Yesterday Capcom shared some more details on Resident Evil: Revelations 2, which will be an episodic release with the first part set to launch in early 2015. Now we've got a follow-up in the form of the first trailer. It doesn't reveal a whole lot, but it sets the stage for Claire Redfield and Moira Burton's harrowing ordeal, and it's certainly meatier than the original concept teaser.

Resident Evil: Revelations 2 is in the works for PlayStation 3 PlayStation 4, Xbox 360, Xbox One, and PC.