"Attack on Titan: No Regrets - Birth of Levi" coming with volumes 15 and 16 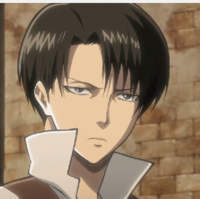 An Attack on Titan OVA based on shoujo prequel Attack on Titan: No Regrets - Birth of Levi has been scheduled for volumes 15 and 16 of the main manga, set for December 9th, then April. With preorders opening, Kodansha has posted a preview.

Japanese Attack on Titan fans who missed a chance to pick up the first OVA episode when it was released with the limited edition of the manga's 12th volume will soon get a chance to catch it on TV. The adaptation of "Ilse's Notebook," a short story set during the Survey Corps' 49th excursion, in the year 850, will be shown on MBS / TBS Sunday September 28th, then on TOKYO MX October 1st. 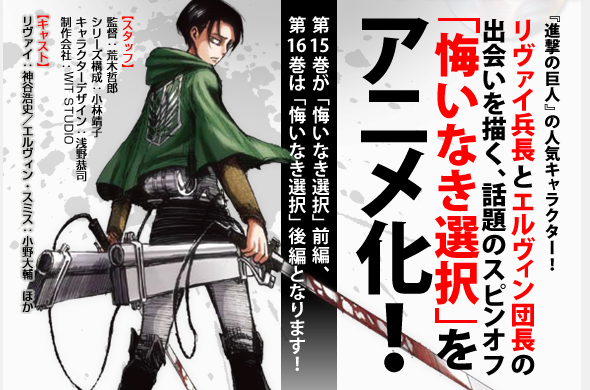