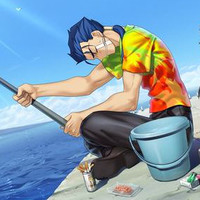 Fate/stay night is back with a fifth ad for this fall's kick off of the Unlimited Blade Works adaptation. This one introduces Nobutoshi Canna voiced Lancer. He's not the same Lancer you met in ufotable's Fate/zero adaptation, but if you've followed fan conversation about the series, you'll be familiar with the class' notorious reputation.