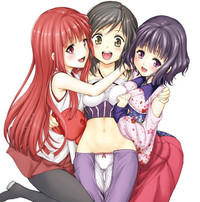 Vertical, the publisher behind the Eisner Award-winning release of Osamu Tezuka's Dororo, as well as Knights of Sidonia, From the New World, Flowers of Evil, and, coming this week, the Attack on Titan: Before the Fall light novels, are asking consumers to help suggest new manga licenses for release in 2015.

Today is the last day to tell about your buying habits and propose new manga licenses on their survey at https://www.surveymonkey.com/s/QXCDB97

No licenses from publishers:

No rescuing manga previously started or released by other North American publishers.

No novel or light novel submissions