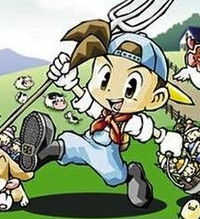 Are you a fan of some of the older Natsume-published titles, particularly those from the Game Boy Advance days? Perhaps you're pining to revisit Harvest Moon: Friends of Mineral Town or Pocky & Rocky with Becky. Either way, Natsume is interested in knowing which of its GBA games you'd like to see on Wii U Virtual Console.

The company made the query via Twitter and Tumblr.

What GBA game from Natsume would you like to see release on WiiU most? :) http://t.co/tC5ClakCcc

If there's anything from the Natsume GBA library you'd like to request, get on it!