VIDEO: "Bloodborne" Launches in the West on February 6, 2015

From Software shares the latest footage of the PlayStation 4 exclusive 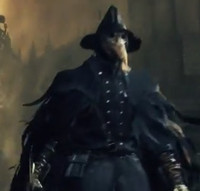 A bunch of info and video has already come out of Tokyo Game Show today, including footage showing that, yes, Bloodborne still looks fantastic. The latest out of From Software and Demon's Souls and Dark Souls director Hidetaka Miyazaki also has a western release date now, with the horrific PS4 action set to launch in North America and Europe on February 6, 2015.

In addition to the standard release, Bloodborne will be available in an $80 collector's edition that packs the game with an art book and digital soundtrack in an ornate case.