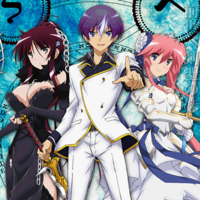 The official site for the upcoming TV anime adaptation of Akamitsu Awamura's Seiken Tsukai no World Break light novel series launched today for a January 2015 premiere with a key visual featuring the anime version characters and a 30-second teaser. Takayuki Inagaki (Rosario+Vampire, Noucome) directs the fantasy anime for Diomedea (Squid Girl, Gingitsune, Riddle Story of Devil). Kaito Ishikawa, Ayana Taketatsu, and Aoi Yuuki, who voiced the three main characters in the CD drama which was bundled with the 6th volume of the novel released in February 2014, will reprise their roles in the anime. 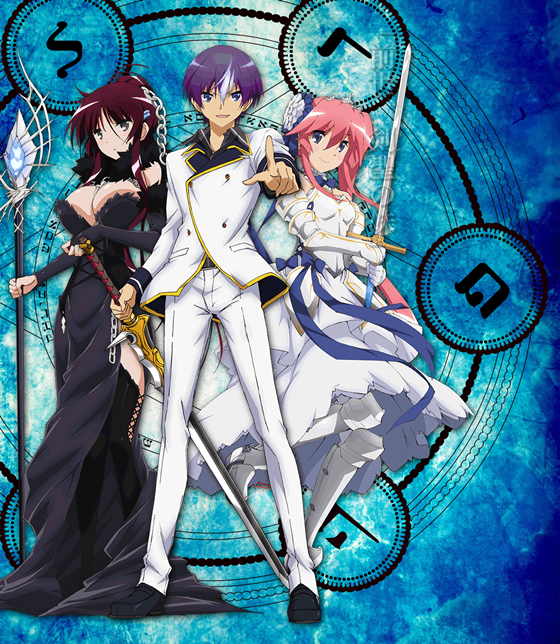 November 2012. The latest 8th volume was released on August 8, 2014. A manga adaptation illustrated by

The story sets in Akane Gakuen, a private high school for young students called "Savior" who have the

memory of their previous life. With various magical powers, only they can destroy mysterious monsters

"Savior" who has the memories of two previous lives. He meets two girls at the school, Satsuki Ranjo

and Shizuno Urushibara. Moroha was tied with the both girls deeply in each previous lives. In their

past, Satsuki (pink hair girl) was his sister, while Shizuno (dark hair) was his wife.

The covers of the 1st and 2nd volume of the novel 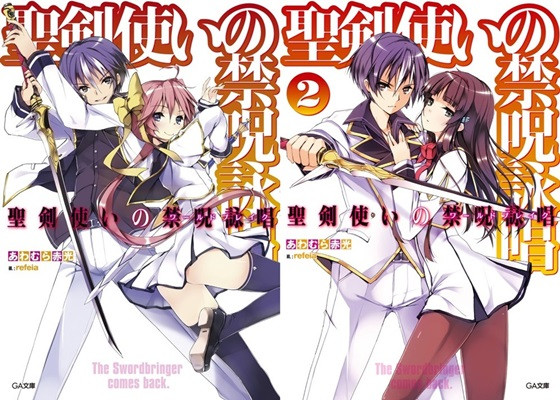 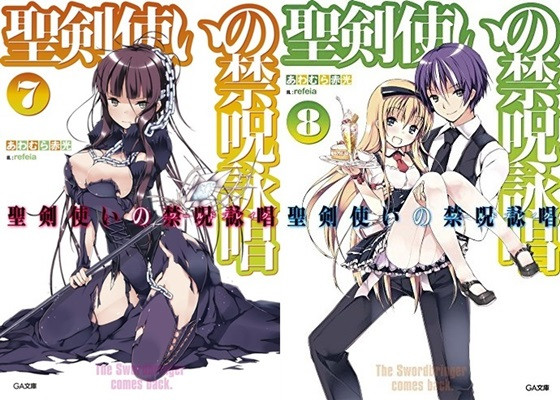