Cup Noodle makers are a new sponsor of Manchester United 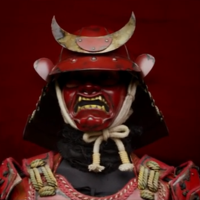 Remember Nissin's Soccer Samurai (freestyle football champion Kotaro "Tokura" Tokuda), sent to carry the Cup Noodle banner to Brazil for the World Cup? Well he's back, and this time with a squad of ninja! Nissin Foods is a new sponsor for Manchester United, so their Red Samurai passed the ball around with Falaco, Juan Mata and Marcos Rojo, then took to the streets to shoot a promo!