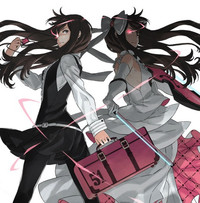 It's a far cry from Europe's digital release, which arrived back in April, but Bandai Namco Games announced the PlayStation 3 launch date for the Short Peace anime project and game combo in the Americas. The four-part film anthology hits PlayStation Network along with the Ranko Tsukigime's Longest Day game on September 30.

The Short Peace anthology comes from Akira creator Katsuhiro Otomo, who contributed his own short Combustible along with work that includes the Oscar-nominated Possessions. Sentai Filmworks released the DVD and Blu-ray editions in North America last month.

Ranko Tsukigime's Longest Day serves as the fifth and final piece of the project, and arrives in the form of an action-packed side-scroller from director Suda51 (No More Heroes).