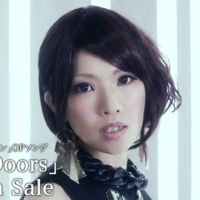 Check out the new preview...

All of ZAQ's previous six singles were used as TV anime theme songs. Among them, the top-selling song was her major debut single "Sparkling Daydream" (Love, Chunibyo & Other Delusions OP). Her 6th single "OVERDRIVER" is currently featured as the OP theme for a summer TV anime RAIL WARS!.

The series' four ED songs are composed by techno pop unit TECHNOBOYS PULCRAFT GREEN-FUND and are performed by the cast.

The songs which will be used randomly depending on the story are:

"ReSTART 'THE WORLD'" by Security Politti

-------
Scott Green is editor and reporter for anime and manga at geek entertainment site Ain't It Cool News. Follow him on Twitter at @aicnananiime.