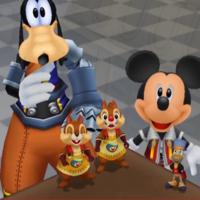 Kingdom Hearts HD II.5 ReMIX arrives in Japan on October 2nd, with the PlayStation 3 exclusive set to be released in western territories. Geared up for the release, Square Enix has shared their "Story" and "Friend" TV commercials.