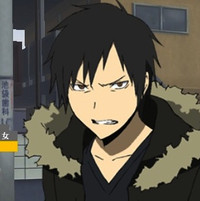 We've had plenty of Durarara!! news out of the Dengeki Bunko Fall Festival event in Akihabara, and Kadokawa Games had something to add regarding PS Vita's Durarara!! Relay. A release date has officially been set, with the adventure game slated to launch in Japan on January 29, 2015.

Durarara!! Relay features an original story set in Ikebukuro during the winter, with players able to switch between characters during each chapter. Toshiyuki Toyonaga provides the theme song, "Reason…," and a limited edition is planned to include a drama CD titled "Senkaku Banrai" ("Flood of Customers").