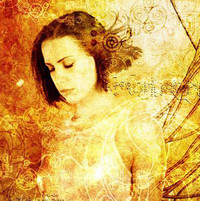 Garm Wars The Last Druid, the new live-action/"hybrid animation" movie from Ghost in the Shell anime director Mamoru Oshii makes its premiere at the 27th Tokyo International Film Festival,  which runs the last week of October. Bandai Namco has posted a trailer for this unique project, which was shot with English dialog in Canada then image processed by Production I.G Inc. and a Canadian team.

Bilingual listings of the cast and premise can be read on the project's site http://garmwars-movie.com/jp/