Details will be announced in the coming weeks 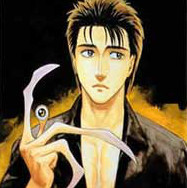 With an anime adaptation of Hitoshi Iwaaki's sci-fi horror Parasyte running this season, Kodansha has confirmed plans to reprint the manga in North America.

More details will go up in the next few weeks. The 1988-1995 series has a long history in North America dating back to Tokyopop precusor Mixx in 1997 before being republished by Del Rey and ultimately Kodansha Comics.