Clear files will be available at the upcoming anniversary festival 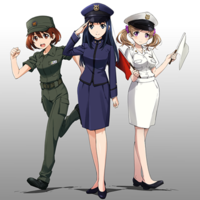 It has been very famous that Fumikane Shimada, the original character designer for Strike Witches, has also drawn three mascot girls for JSDF's Okayama Provincial Cooperation Office. The 62nd anniversary event will display life-size panels of the three girls, and will sell clear files featuring the images below. 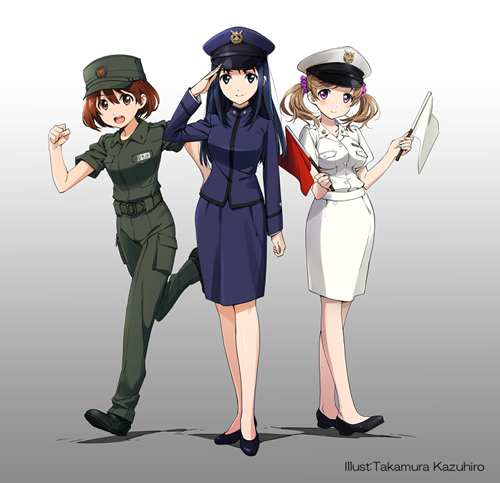 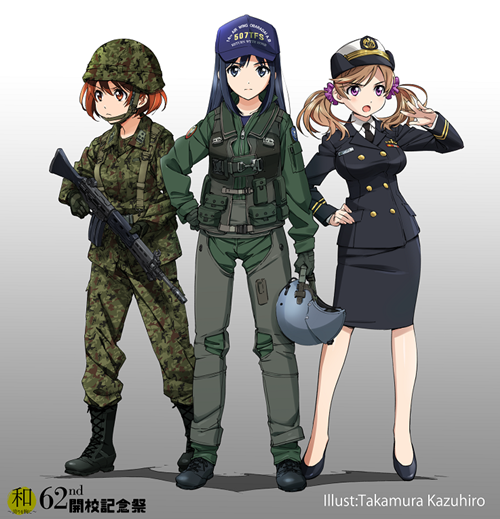 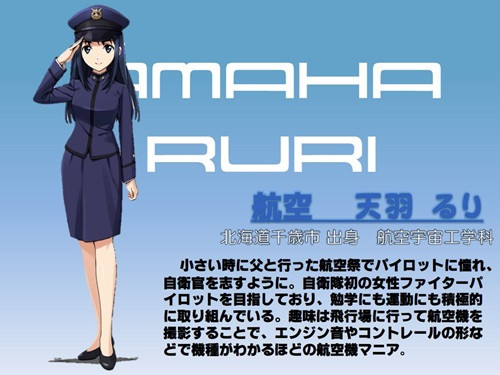 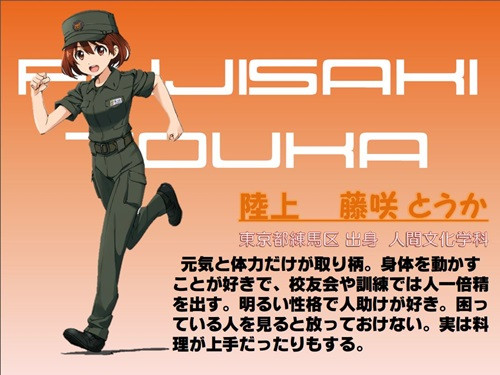 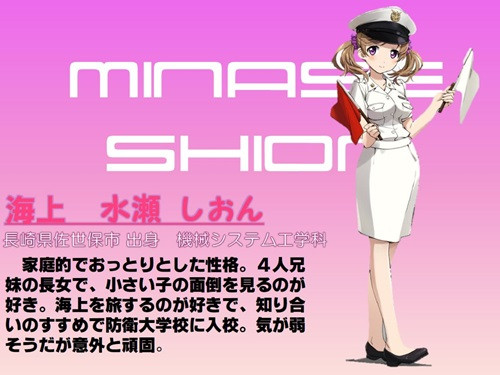