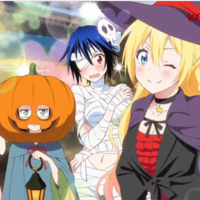 Konami has posted a third preview of the Nisekoi: Yomeiri!? (Wedding) PS Vita game. The love adventure with an original scenario and mini-games such as Metal Gear homage called “Stealthy Steps" is being planned for a November 27th release.