"Super Smash Bros." Wii U Moved Up to November in Europe, Australia 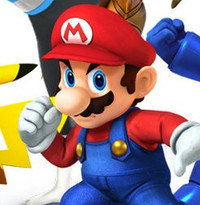 You know how we said Super #SmashBros. for #WiiU would arrive in December in Europe? Change of plan: 28/11/2014 pic.twitter.com/ljLYtthWEB

The special edition—which packs the game with a GameCube controller and a four-port adapter—also hits Europe in November, but the UK-exclusive Mario Amiibo bundle is sticking with the original December 5 launch date.