Speaking of Vertical and eBook, the first three books of "Knights of Sidonia" are deeply discounted in the currently offered horror book Humble Bundle 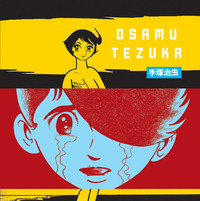 North American manga publishing label has confirmed plans to release simultaneous eBook and print releases of My Neighbor Seki aka Tonari no Seki-kun, and announced the new eBook rights for their library of manga by the legendary "God of Manga" Osamu Tezuka.

In the coming months expect to see all of our Tezuka titles available through the Apple iBookstore, Kindle, Nook, and hopefully Google Play. We will focus first on the series that are out of print - Apollo’s Song and Black Jack. Expect to see two to three books uploaded every two to three weeks.

Speaking of Vertical and eBook, the first three books from their Knights of Sidonia release are deeply discounted in the currently offered horror book Humble Bundle.

With the creation of Vertical Comics, Vertical Inc. will soon once again focus almost exclusively on prose. In the coming year - starting July 2015 - we plan on releasing up to 9 novels per year (a big jump considering how we've been averaging 3 a year in our recent manga intense era). As part of our renewed expansion Vertical is considering the integration of more light novels to our catalog. With that in mind, we wanted to ask our readers what they would like to see from the light novel category. We would like to have anywhere from 3 to 6 of those books a year be LNs. But what that total will eventually be is up to availability, length, and the discretion of our staff and board.

Full disclosure, we already have licensed up to 5 novels for this first year already (including the Attack on Titan: Harsh Mistress of the City omnibus). So this survey is really for getting a grasp on LN reader habits and potential license info for 2016 and beyond.

10 Live Action Adaptations of Anime You Might Not Know About