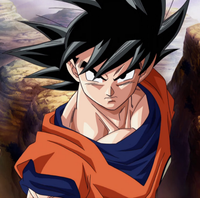 The exact purpose has not been revealed, but several voice actors have announced that they are working on a new English dub of Dragon Ball Z Kai produced by Ocean. While Richard Ian Cox (Inuyasha from Inuyasha) is reportedly Goku, Lee Tockar says he's the version's Frieza.

The new edit of the shonen clasic kicks off on Toonami tonight. The line-up includes...