"I wanted to show the Gundam films to other people." 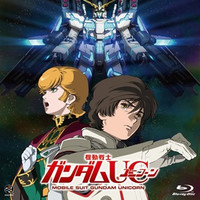 According to the police, the suspect posted two episodes of Sunrise's popular OVA series Mobile Suit Gundam Unicorn, "Episode EX - 100 Years of Solitude" and "Episode 7: Over the Rainbow," from his house onto video-sharing website FC2 without the copyright holders' permission on June 2, 2014. The police thinks he had posted about 400 anime titles including Air Gear and Eden of The East onto the site since 2010.

He has already admitted his charge and said that he wanted to show the Gundam films to other people.

The Kanto Regional Finance Bureaus has released a comment on his arrest, "It is very regrettable. We

will take strict action based on the results of the investigation."

Man Arrested for Selling One Dollar Bills with "One Piece" Images