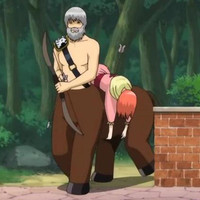 International Federation of Horseracing Authorities (IFHA) partner LONGLINES has announced their global rankings of horses for the period of 1st January 2014 - 9th November 2014. After winning the Dubai Duty Free Stakes in March kicked off a successful 2014, the top rank in the list went to Just A Way out of Japan. And, if that name sounds familiar, it's because the horse is owned by Akatsuki Yamatoya, a writer on a host of anime, including Digimon, Magical Doremi, Inu-Yasha, Soul Eater, Heroman, and Gintama, and named for a running Gintama gag.

Just a Way similarly topped the rankings back in April.