"A Silent Voice" Manga to be Adapted into Anime

Yoshitoki Ōima's manga comes to an end this Wednesday 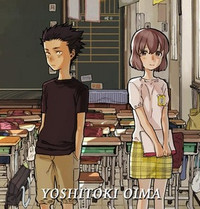 Yoshitoki Ōima's A Silent Voice (Koe no Katachi) manga is getting an anime adaptation, as announced on the cover page of the series' final chapter. Serialized in Kodansha's Weekly Shonen Magazine since last August—following a 2011 one-shot debut—the series ends in Japan this Wednesday, with the anime currently in the planning stages. 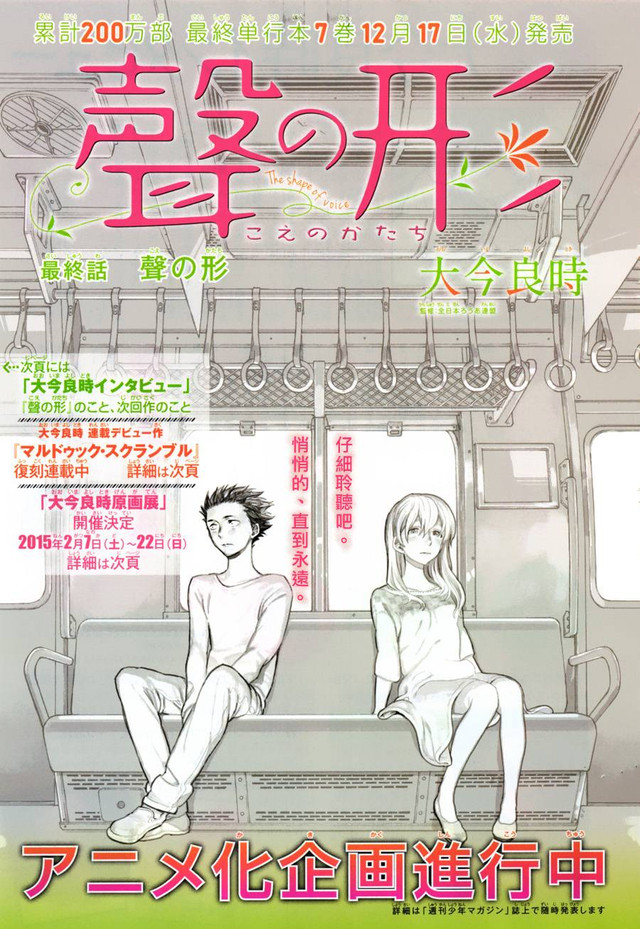 Kodansha USA licensed the series back in July, and it's currently featured as a simulpub on Crunchyroll. Here's their synopsis of the manga:

I wish we had never met. I wish we could meet once again. A boy who can hear, Shoya Ishida, and a transfer student who can’t, Shoko Nishimiya. One fateful day, the two meet, and Shoya leads the class in bullying Shoko. But before long, the class shifts its target from Shoko to Shoya. Years later, Shoya feels strongly that he must see Shoko once again. The author Yoshitoki Oima’s comment: “People living in isolation. I wrote this story out of a desire to write about people living distant, isolated lives. Nothing would make me happier than if you all read my story.