"Watching Naruto from his father's point of view" 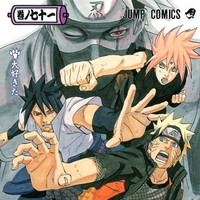 It was the first public appearance for Kishimoto after he finished his weekly serialization of Naruto on Shueisha's Shonen Jump. He jokingly said, "It feels like being released, because I have no more deadlines. So I was able to come here with plenty of time," then expressed his deep appreciation to the fans, "Thank you very much for keeping on looking at how Naruto has grown for such a long time of 15 years."

the character's last growth would be love. Kishimoto explained, "Naruto has not yet been able to fully

understand about love relationship, so I thought there were so many things I could do in a feature film.

After watching the film, now I have a mixed feeling for him, relieved and sad, it's like Naruto is becoming

independent from me. I have been watching him from his father's point of view."

In the end of the event, Sukima Switch appeared on the stage to perform the piano version of the theme

song for the film, "Hoshi no Utsuwa." The highly anticipated film opens in Japan on December 6. 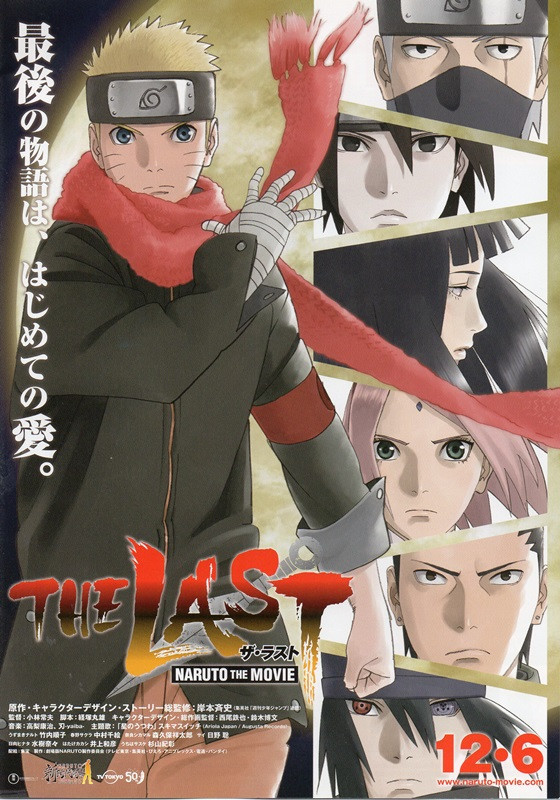 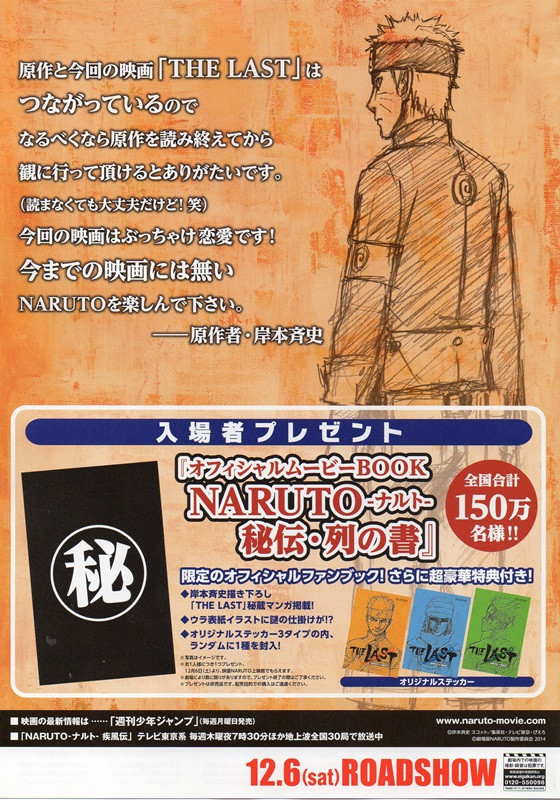