Series from author of "Good Luck Girl/Binbogami-ga!" due in July 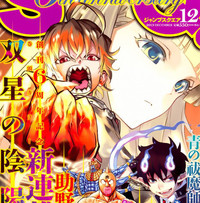 NEW SERIES: In July 2015, we will release Twin Star Exorcists, a new shonen manga from the creator of Good Luck Girl. pic.twitter.com/VTd8hQ6T2W