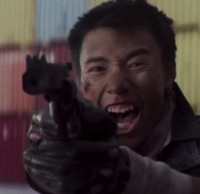 Remember back in May when Canada-based CineGround Media unleashed its impressive live-action Akira trailer? The crowd-sourced Akira Project stayed very faithful to the style of Katsuhiro Otomo's original theatrical anime adaptation of his own manga, and you can see how they did some of it thanks to a behind-the-scenes video.

The VFX showcase was originally shown at a few of CineGround's convention panels, and now everyone can watch it below.