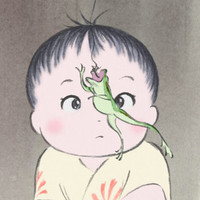 The International Animated Film Association, ASIFA-Hollywood has announced the nominees for their 42nd Annie Awards, recognizing accomplishments in animation for 2014. Focus Features/Laika’s stop-motion The Boxtrolls topped the field with 13 nominations including Best feature. The second most was How to Train Your Dragon 2 with 10, followed by Big Hero 6 and Song of the Sea with 7 each.

Isao Takahata's "The Tale of the Princess Kaguya" Gets 18.2% TV Rating