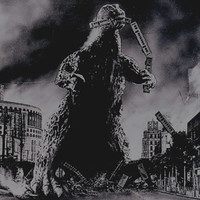 The last Japanese-made Godzilla film was Godzilla: Final Wars directed by Ryuhei Kitamura (Versus, Lupin III) in 2004, which was a terrible box office bomb earning only 1.2 billion yen for its 2 billion budget. The production for the new Japanese Godzilla film is expected to begin in the summer of 2015, Toho is now considering the staff and script for it. According to Toho's Taichi Ueda, they have not decided yet whether they will use traditional kigurumi suits or modern CGI technique for the new Godizlla.

The 12m replica head will be set on the terrace on the rooftop of the Shinjuku Toho Building, which is

scheduled to be constructed at the site of the old Shinjuku Koma Theater in Tokyo. Its height from the

ground will be 50m, same with that of the original Godzilla in the Show era (later versions were much 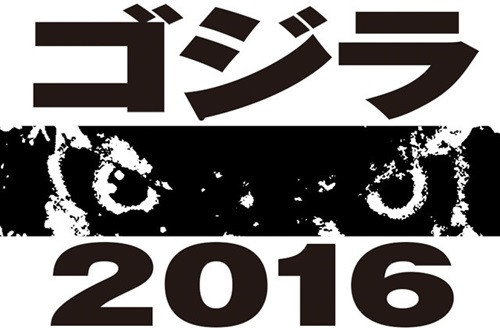 Images for the Godilla replica head in Shinjuku 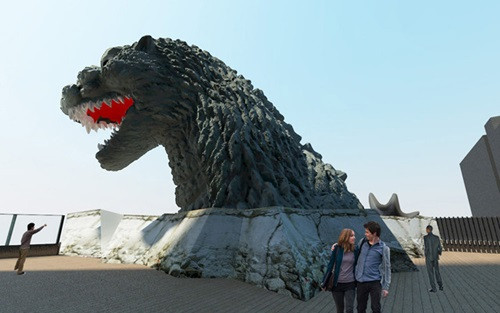 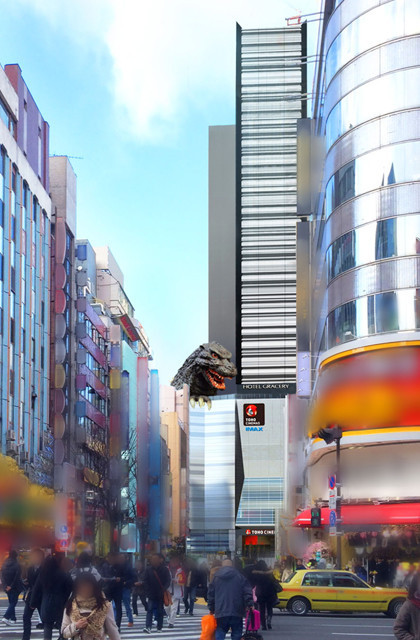