The special manga series continues on with its thirteenth installment 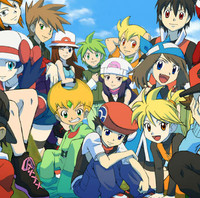 The series will run on Shogakukan’s Web Sunday digital manga website as early as January 6, and this arc will act as the thirteenth stage of the Pocket Monsters Special/Pokémon Adventures series. It’s been running for quite some time.

The manga will follow characters Ruby, Sapphire, and Emerald as they attempt to solve the mystery behind some bizarre caves in Muro Town (Dewford Town) and uncover their own Mega Evolutions. Check it out and let us know what you think!

-------
Fueled by horror, rainbow-sugar-pixel-rushes, and video games, Brittany is a freelancer who thrives on surrealism and ultraviolence. Follow her on Twitter @MolotovCupcake and check out her portfolio for more.
Tags
pokemon, manga, pokemon alpha sapphire, pokemon omega ruby
« Previous Post
VIDEO: "Katamari Damacy" Creator Debuts "Wattam" for PlayStation 4
Next Post »
Classic PSOne RPG "Suikoden II" Will Be Available on PSN This Week
Other Top News
16 Comments
Sort by: