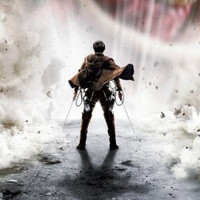 While Godzilla stands a respectable 108 meters tall, he's no Colossal Titan, looming at a towering 150 meters. A clear shot of that monstrosity is captured in the latest visual for the live-action Attack on Titan movie with lead Haruma Miura staring it down in the scenes iconic image.

The two parts of the adaptation are scheduled for August and September 2015. 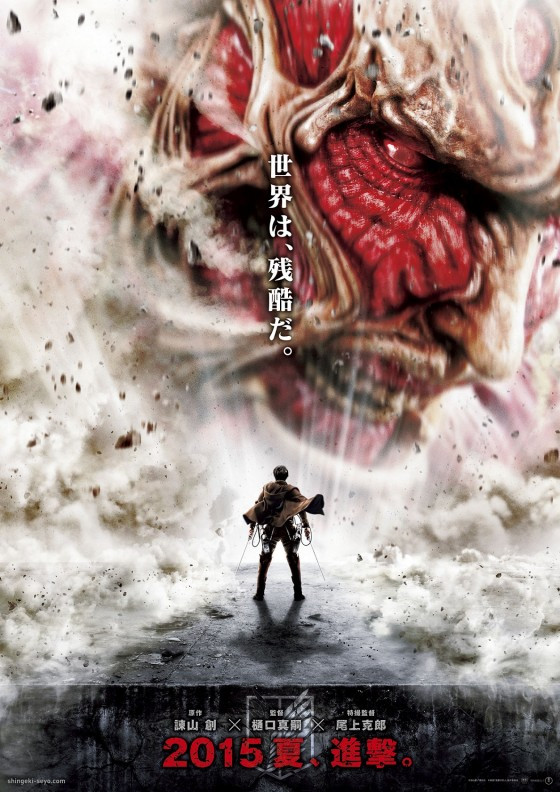